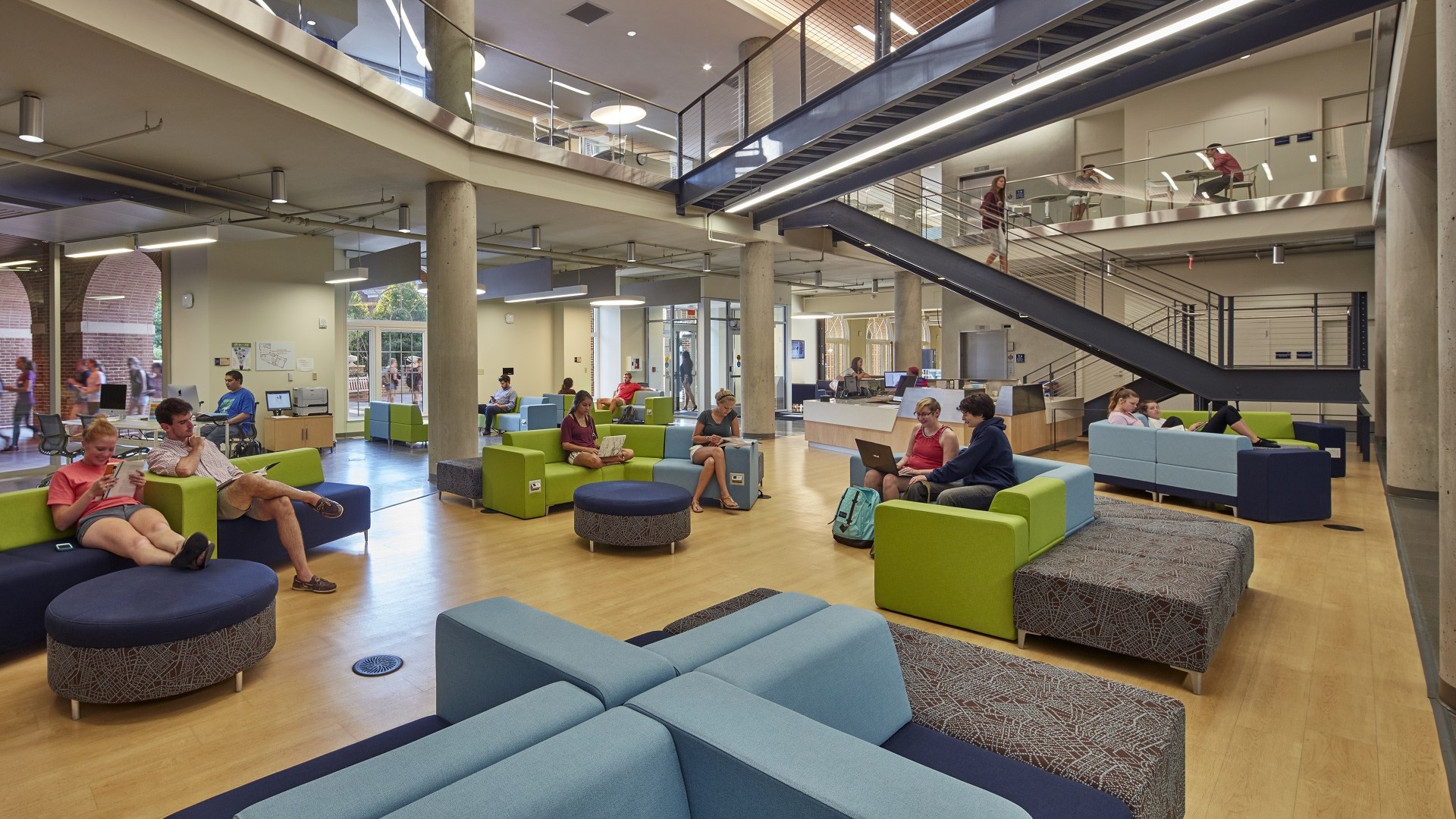 Creating any permanent structure is a process, one that goes through multiple stages. In our spotlights section we highlight six points in the history of the Convergence Center in which a single decision could have fundamentally changed the final design, or a serious issue was encountered.

Our First Spotlight is about the Mercer Site, which was the first to be proposed by Hanbury Evans Wright Vlattas + Company.

The Third Spotlight concerns the Library Site’s second concept, which was unfortunately rejected for its modern exterior.

The Fourth Spotlight is about the State of Virginia’s environmental concerns, specifically, the impact of construction on one of the streams that run through campus.

The Fifth Spotlight is an exhibition on the media ceiling, a proposed project that died in the planning stages.

The Final Spotlight is about a proposal for a second entrance, to further integrate the Convergence Center with Campus Walk.

Skip back to main navigation